It’s the late 1970s and Alicia Anderson is in her late 20s, riding the seductive upswing of high technology. Empowered by the new climate of equality for women, she’s aiming at a career in computer programming. When Alicia first became aware of the sentient shadows in the computer room, she dismissed them as figments of her overactive imagination. When she found herself tiring a little too easily, even dozing on the job, she could have attributed her lethargy to the lateness of the hour — were it not for the tiny twin bruises on her throat.

Newly initiated wiccan priestess Matricaria has begun to receive psychic messages – vivid dreams and tarot card readings – that point to a terrible fate for someone near to her. Can Matricaria, a mere trainee, decode the nightmares in time to save Alicia? Is Matricaria any match for a vampire who has lived for nearly a century? Can Matricaria’s coven leaders, fledglings themselves, offer any real insight or help? Do vampires even exist, or is he some mortal psychopath? Does it matter either way?

Soon the lives of these very different women are drawn together, toward a common goal: purge the shadows!

Darksome Thirst is the first in a series of novels about Alicia and Matricaria and their battles against the unknown. 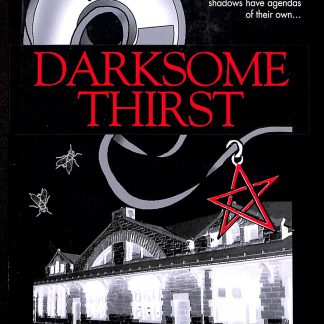 You're viewing: Darksome Thirst by Morven Westfield $14.95
Add to cart