Steam Hamam: The Turkish Bath is the soundtrack from the acclaimed film by Turkish director Ferzan Ozpetek. The exotic, sensual score is influenced by traditional Turkish/Ottoman melodies and the trance ceremonies of the Sufi dervishes, as well as the cultured Turkish music of the early 1900s and contemporary ambient music. This fascinating production is the work of Pivio and Aldo De Scalzi of Trancendental, and includes vocalists Rosie Wiederkehr of the Sicilian world/ambient group Agricantus, and Faisal Taher, as well as the Romanian all female group Secret.

Be the first to review “Steam Hamam: The Turkish Bath by Trancendental” Cancel reply 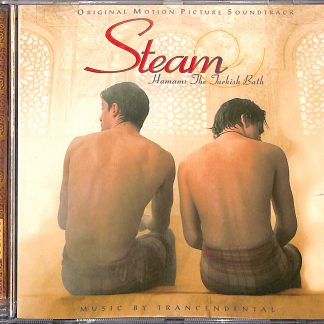 You're viewing: Steam Hamam: The Turkish Bath by Trancendental $15.98
Add to cart