Mickey Hart’s Mystery Box is an album by former Grateful Dead drummer Mickey Hart. It was released on CD and cassette by Rykodisc Records on June 11, 1996. The album combines Hart’s percussion-based world music with the vocal harmonies of the British singing sextet the Mint Juleps. Robert Hunter wrote the lyrics for all the songs. The song “Only the Strange Remain” was later performed live by the Other Ones and appears on their album The Strange Remain. 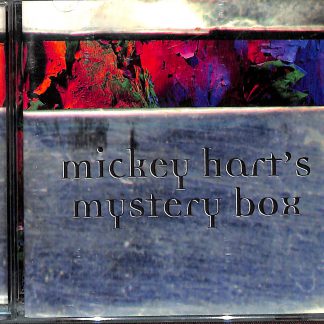