At The Edge by Mickey Hart

At the Edge is a percussion-based world music album by Grateful Dead drummer Mickey Hart. It was released on CD and cassette by Rykodisc Records on September 18, 1990. It was Hart’s first album with the multi-national percussion ensemble that would later be called Planet Drum. In an interview in 2008, Hart said of At the Edge, “The soft side of percussion. More, we were romancing the drum on that one and that was really very sparse, beautiful, serene, patient and calm.” 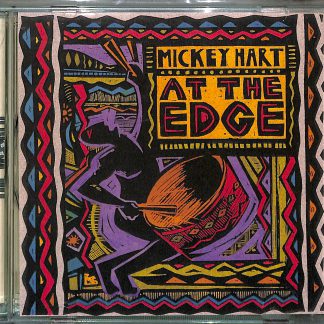