As a trained and experienced actor as well as a published poet and singer/songwriter, Peter Conover is the true definition of a modern bard. Over the years, Peter had small bursts of musical success as well as continuing in his theatre work and writing more songs and poetry. He also developed a unique instrumental technique on the percussive drone guitar, a specially adapted acoustic-electric guitar which can be drummed on as well as strummed, creating a sound very similar to an electrified sitar.

Another identifying feature of Peter’s musical style includes use of his brilliant whistling techniques. Peter’s clear, note-perfect skill was developed during his youth by whistling along to many varied musical styles including classical compositions, military marches, blues, jazz fusion, and rock. In fact, Peter’s first actual job as a musician was as a “whistlist” for a modern dance piece choreographed by Ileen Dinnin for her master’s thesis at NYU in 1981.

FALCON contains 13 tracks, including a new arrangement of Bob Dylan’s “Isis,” “Four Winds,” which was written in one day on the anniversary of Peter’s mother’s death in 1992, and several important Pagan oriented songs such as “Cerridwen,” “Call,” “The Wheel Will Turn,” and “Burning Times,” the extremely popular Charlie Murphy song about the historical persecution of witches in Europe. Peter is joined on several tracks by percussionists Valerie Geib and Paula Holz, who also does vocals on two tracks.

Be the first to review “Falcon by Peter Conover” Cancel reply 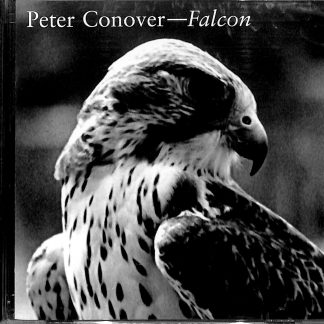 You're viewing: Falcon by Peter Conover $13.98
Add to cart