Stick it in the Slot by Brigit’s Kiss

Brigit’s Kiss was originally Gretchen McMahon in her solo guise before the addition of Bassist Mikel Graves.  Gretchen and Mikel met some time ago while playing in a short-lived Celtic Rock band.  After ten years of playing with other bands and several musical styles Gretchen and Mikel discovered that the love they had for World Music extended beyond the radio  formats of most of their listening audience. With the addition of Drummer/Percussionist G- Rad in May, the line up solidified.

Using influences from Jazz, Rock, Celtic and Traditional  Folk, Classical, Native American, East and West African and South American music, they have combined to form “Brigit’s Kiss” to create an eclectic blend of musical tastes and soundscapes that will appeal to most everyone. 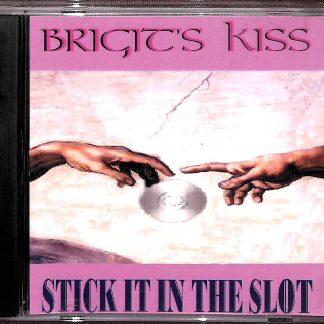