In 1985, Robert Gass and On Wings of Song released their first recording, Om Namaha Shivaya. 100,000 units later, cited by New Age Journal as one of the twenty most influential recordings of the last two decades, Om Namaha Shivaya is re-issued in this exciting new deluxe edition. The new release contains the entire original album, plus a bonus track – an extended chant of the ancient Sanskrit syllable Om, including Tibetan and Mongolian styles of overtone chanting. 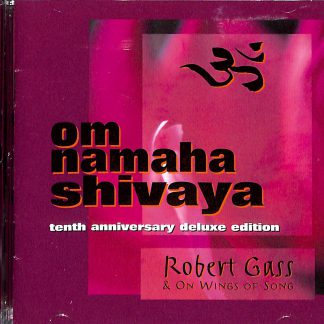